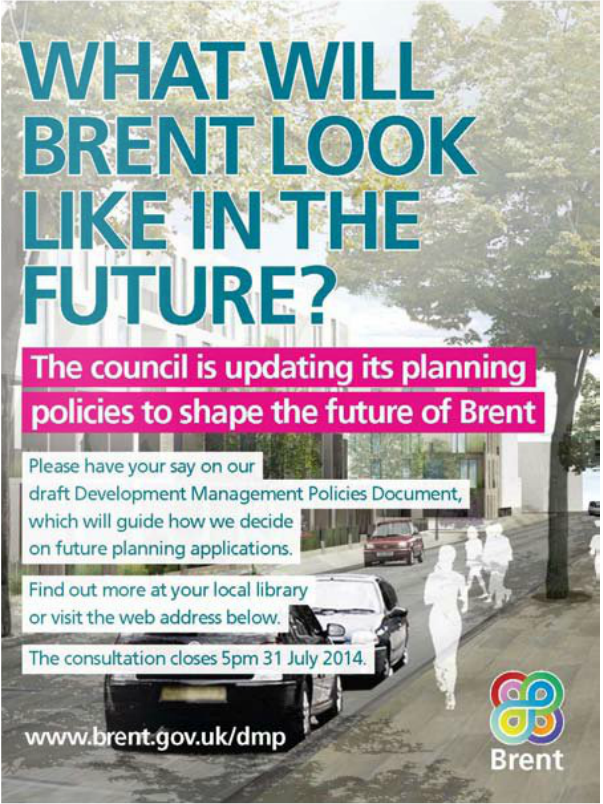 You may have noticed some big signs springing up which ask "What will Brent look like in the future?" Other than the slightly spooky figures on the poster which might lead you to answer "free-from ghosts, hopefully", there are some important responses needed to this question.
The council is consulting on its new Development Management Plan (DMP) which will guide its planning decisions in the future. This is the first time in over 10 years that the plan is being revised so whatever is decided now is likely to shape Brent planning for some considerable time. 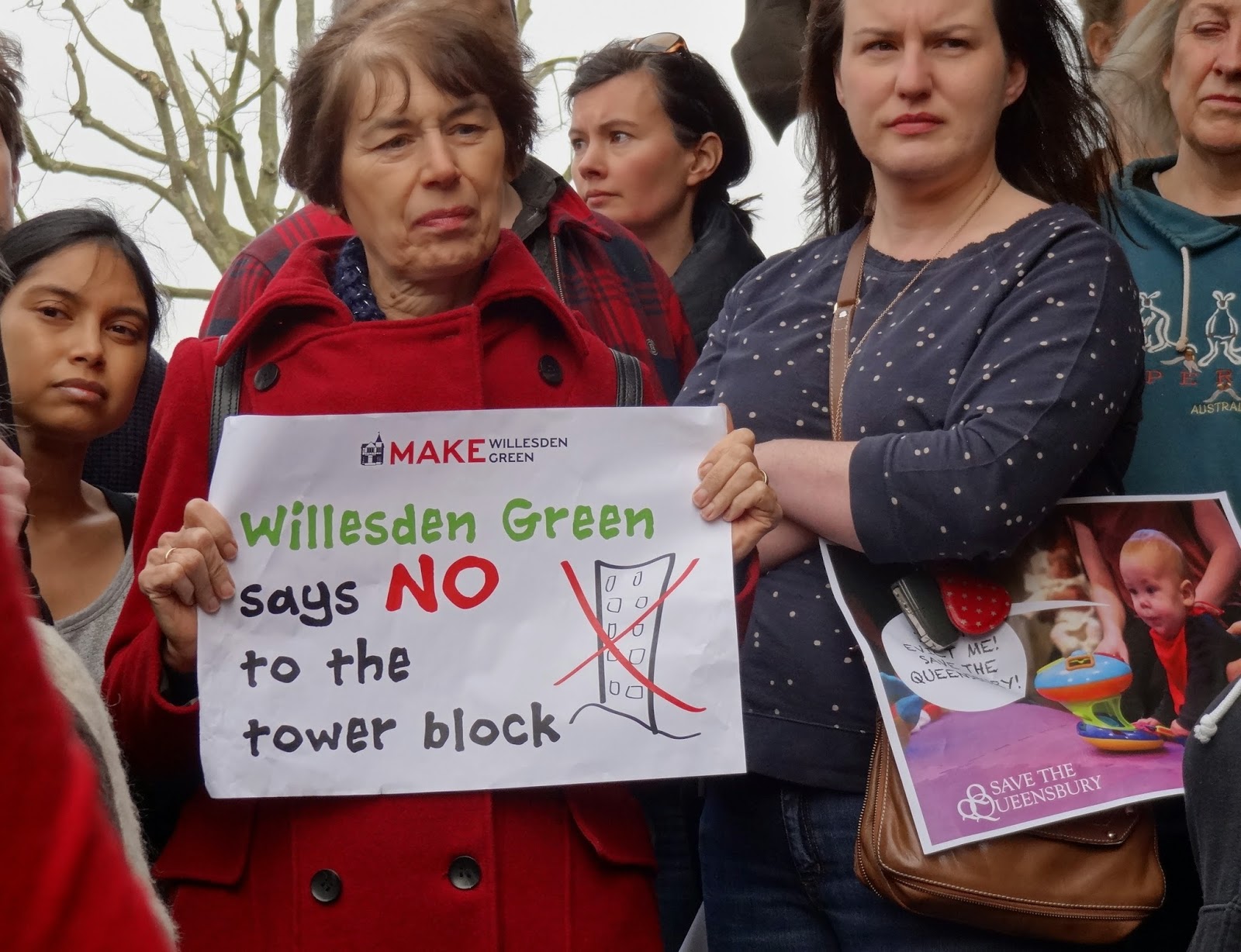 The plan contains a number proposals relating to housing provision and the makeup of our high streets. Of particular interest to us as Willesden Green residents is the section on protection of community facilities. Many of us who have been involved in the Save The Queensbury group have been lobbying for over 18 months for the council to adopt a specific pub protection policy so it is a hugely disappointing blow to see that the council has failed to include this within the draft DMP. Yet again, there has been lip-service which is not backed up by proper action on policies. There is one passing mention of pubs as a part of social infrastructure that should be protected, but given that many other local authorities are recognising the role that pubs play in communities and have adopted very detailed pub protection policies, it seems like a huge missed opportunity that Brent hasn't done the same.

The draft DMP can be be found here http://www.brent.gov.uk/dmp and you are encouraged to respond either by completing the online comment form or by emailing  ldf@brent.gov.uk before 5pm on 31st July.

Aside from the important Queensbury issue the draft DMP is also an opportunity to input on the number of payday lenders/chicken shops/shisha bars on high streets, the height of new developments and the amount of affordable housing that's available. It is an important document, so do be sure to have your say.
Posted by Alex Colas at 14:21

The ACV legislation is new, and Brent's (mis)use of same could become a test-case for Secretary of State regarding proper application.

'Find out more at your local library', eh - Brent poster, top of page, omitted to add 'if you still have one'.

Irony's clearly thriving at the Civic Centre whose behemoth of a centralised library is built on the closure of 50% of the borough's local ones - or perhaps there's a disgruntled graphic designer in Brent's press department who wanted to get across a message that not all staff support local library closures.