Trouble at the Old Police Station 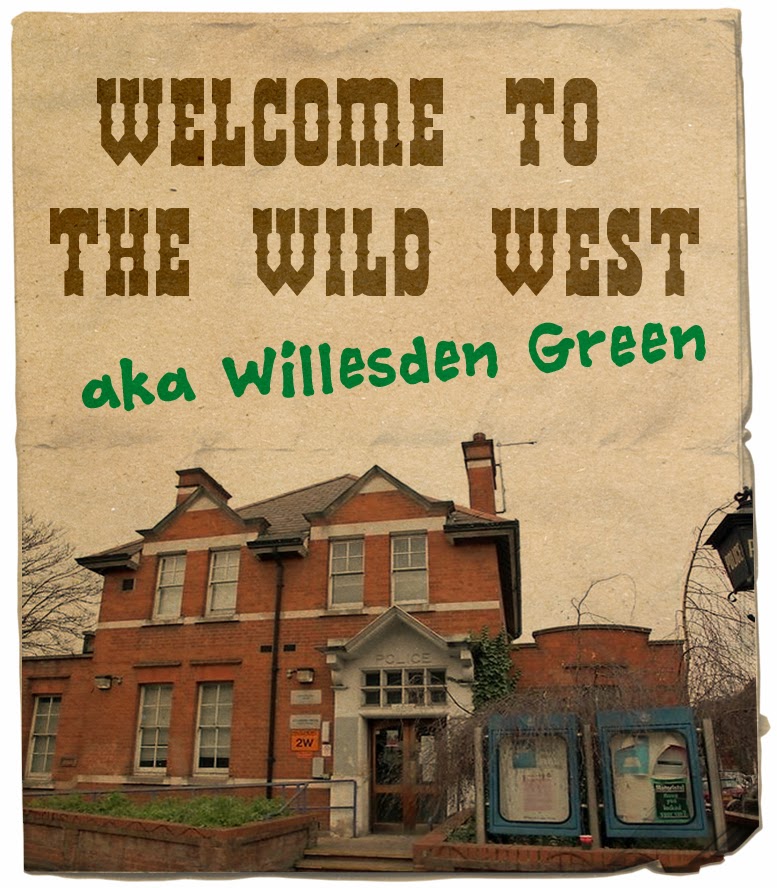 Over the past few weeks Willesden Green has felt like the last frontier town in the Wild West. With bulldozers at work on Electric House, the month-long road closure and bus-diversion in and around the Library centre redevelopment, and further construction next to the Buddhist Temple on Willesden Lane, it’s almost like residents have to ask permission from contractors to move around our own neighbourhood, not the other way round.

The most recent and potentially worrying new development is at the former Willesden Green Police Station, where talk of  sheriffs and cowboys is sadly not entirely fictional. Neighbours on Huddlestone Road have been alarmed by irregularities in the development of that site – including dangerous manoeuvring of HGV vehicles in a narrow residential street, stacking of building materials on third party walls, burning of materials on the site as well as noisy work conducted on weekends and early mornings. Constant monitoring by residents, and persistent complaints to the Council have brought some enforcement action, but there still remains real concern and some confusion about what will replace the former Police Station. The residents were first advised that the Police Station would be converted into a nursery. Within weeks a building control application was submitted to reconfigure the Police Station into a hostel. A few days ago this application was revised to a four storey building with commercial units and twenty-four residential units and there is no accompanying planning application. Residents can only speculate that the much loved Victorian Police Station will at some stage be demolished and replaced with flats and commercial units, but even this is guess-work given the lack of communication from either developers or the Council about what is going on in that address.

Neighbours from Huddlestone Road made it very clear at the recent Brent Connects meeting that all they are asking is for the redevelopment of the former Police Station to happen lawfully and with due respect for local residents and Council regulations – they are not objecting to the refurbishment as such, but to the way it is conducted and the lack of information about the future of that site. It has been brought to their attention that the works are being carried out by a contractor who has a history of unauthorised building work in Willesden Green, and who has in the past been heavily fined by the Health and Safety Executive. They have also been advised that the contractor is using a private building controls firm, rather than the Council and this is an additional source of anxiety for all of us living in the area.

All this unfortunately does little to dispel the sense that our Borough, and Willesden Green in particular is a soft target for unscrupulous developers. With the Council encouraging unfettered redevelopment of our neighbourhoods (and at least one ongoing investigation into fraudulent support for the library conversion in Kensal Rise) it seems easy for rogue contractors to give the already understaffed inspection and enforcement teams the run-around. In the meantime, it is residents that are acting as full-time, unofficial inspectors of building sites. It’s hard work, living in the wild frontier.
Posted by Alex Colas at 12:40