Lift Off for Make Willesden Green

It was great to see so many familiar faces from local campaigns, and some new ones too, at the launch of Make Willesden Green last Wednesday. The aim of the meeting was to present this new electoral platform, collect ideas about where to focus our energies, and gather support for the campaign. I think it’s fair to say we’re now airborne.

I opened with a few introductory remarks about why I’m standing for the Council elections under the banner of Make Willesden Green – how this initiative emerges from neighbourhood campaigns around housing, education, public spaces and local democracy, and in response to the the lack of  proper representation from the mainstream parties. 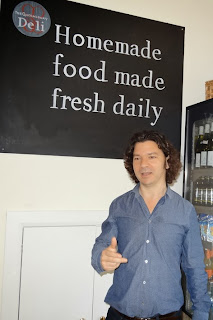 Campaigners from Save the Queensbury, the Gladstone Park Parent Action Group and Keep Willesden Green spoke passionately about, among other things, the dangers of  developers turning our neighbourhood into a dormitory town; Brent Council’s dereliction of duty in standing up against the academisation of our schools; and the increasing disparities between Wembley and the south of the Borough.

People asked about my views on the Coalition’s cuts and the Immigration Bill currently going through Parliament, as well as my position on children with special educational needs in mainstream education (The clip below captures my response to these questions). A very important point was also raised about whether Make Willesden Green is a residents’ association or a political party.  I suppose the answer is neither and both: we’re an electoral platform seeking to give political weight to community campaigns.

Responses to our questionnaire on campaigning priorities highlighted the need for more community and open spaces, housing, education, High Street improvements and support for local business, as well as ‘tackling developers’. All these chime with the core aims of Make Willesden Green.

Wednesday marked the beginning of what will be a long and challenging effort to make Willesden Green’s campaigning voices heard at the local elections. We now have a critical mass of supporters and will be taking our message about affordable housing, state-funded schools, public spaces and amenities, and a more democratic local politics across the whole of our ward and beyond.

We’ll be  setting up a stall next to the Willesden Green Post Office on Saturday 9 November from 10.30am, to raise the profile of our campaign and to hear residents’ views on your aspirations for our neighbourhood. Please do come along to Make Willesden Green – you can stay in touch with the campaign by signing up to our email list above.
Posted by Alex Colas at 08:30